The 1st W.E.S.T. is history now and there are a lot of stories to tell. The first 16 teams came in on Friday and set up their places. A special notice on the team Iron BBQ Battenberg from Germany, they set up their tends and passed the night on the contest site in their sleeping bags. RESPECT!!! The night from Friday to Saturday was heavy. About 16 inches of fresh fallen snow was to much for a few tends. Even if a helping hand was around the hold night long and tried to get the snow of the tends for a few wasn’t anything to do – they collapsed over the night. 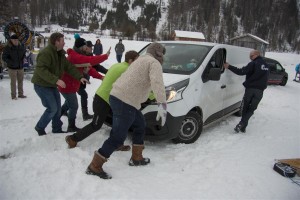 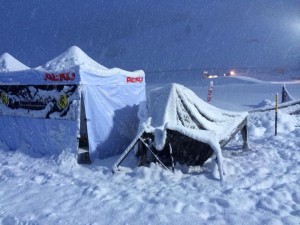 So as you understand Saturday morning was scaring to a lot of teams. First to make the place free of the fresh fallen snow and safe the tends. Only after that work we were ready to let the last teams enter the contest area.

Right at 5 pm all teams were ready to attend the Cooks meeting. The KCBS-Reps, Maria & Wayne Lohman, informed all the teams about the KCBS-rules, set up everything for the official start, and, as they are, where available every single minute for the teams. Since there were a few teams at their first KCBS contest it was more than helpful for them. 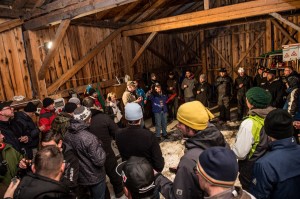 After the Cooks meeting most of the teams started with their work. Most of them in their tends, a few in the RV’s, even others in their Hotel rooms. There was a lot to think about, the conditions were, as the contest name says, extreme, a fact that no team could read perfectly. 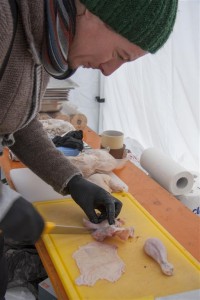 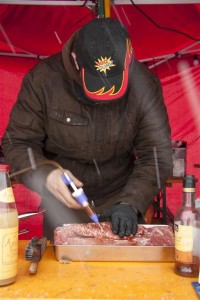 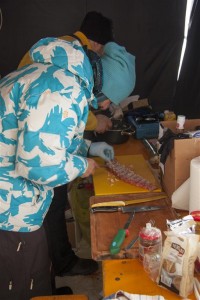 Evening came and at 8 pm the American Rock party started in the big heated tend. DJ Matze warmed of the croud, even longer as thought, until 4.30 am. Sure, the quiet time was not respected completely with that. 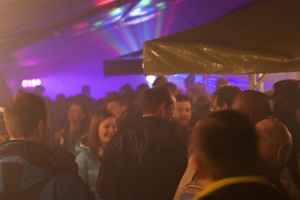 Sunday morning came and the snowfall ended around 10 am. Just at that time the judges meeted for their start in the judges barn. It was not so easy to find all the judges for the contest, but it makes us happy that we had 22 certified judges from 6 nations doing the not always easy road to the contest site. Probably the longest way was done by Roger Sanderson, driving down all the way from Warwickshire (UK), an almost 1.000 mls trip, oneway! 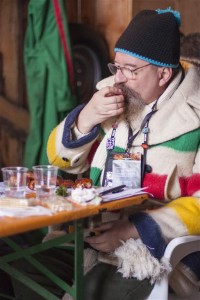 11.30 am came and that meant the start of the turn ins. First dish, a W.E.S.T contest special, Potato & Cheese. After that, in 30 minutes passes the following dishes came in, Chicken, Ribs, Pork and Brisket. Everything was perfectly on time so we could make it for 3.30 pm to the Awards: 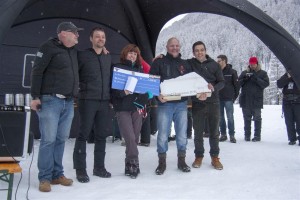 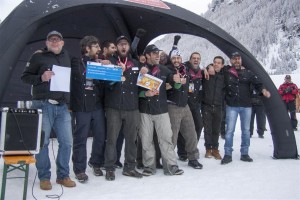 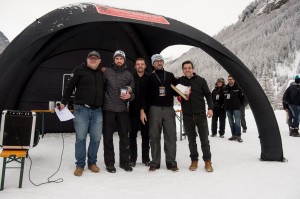 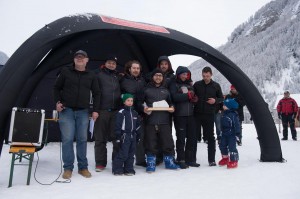 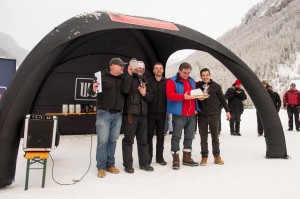 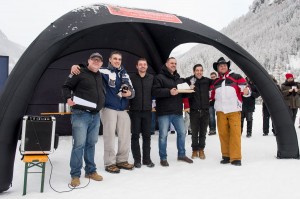 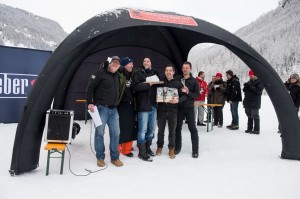 Once more Lindz and Scott made it. After their wins in England at “Q on the Canal 2” in May 2014, BBQ Society Cook-Off in Hoofddorp (Netherlands) and Ruhrpott BBQ in Germany (both in October 2014) even this year they are the team to beat. Winning the W.E.S.T., Miss Piggies qualified automatically for the American Royal in Kansas City.

On the 2nd overall place, means Reserve Grand Champion, finished the team of BBQ4all Defenders from Italy, a new created team formed with Pitmaster Tomaso Castiglioni. Tomaso is the winner of the 1st contest in Italy 2014, the Italian Barbecue Championship. With this placement, as the best Italian team, BBQ4all Defenders earned the Draw for the Jack Daniel’s Invitational.

That the BBQ-comunity is not only a big family, but even has a big big heart proves another idea that every team was game of. The charity part of the contest (free tasting of all cooked dishes with tipping for charity) was a huge success. All the collected money comes to the South Tyrolean chapter for Debra (www.debra.it – helping kids suffering EB). The teams jumped in big on this topic, and all the meat was there for the public to taste. At the end of this big help the sum of 1.800 € (means 2.142 $) could be forwarded to this great organization.

The MiG can only give a big thank you to everyone involved. 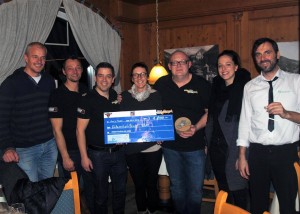 Other stories to tell? Thousands. The teams helping each other where they could. The conditions were extreme, the comunity between the teams even more. It’s great to see that the BBQ-World is a real, big family.

Other fact we almost forgot. It was a honour for us and we are really proud of to name a man which did great things for BBQ in Europe: Harry Havinga was our guest as a judge, and at our contest he was awarded from KCBS with “The Carolyn Wells Ambassador Award” as founder for all he did for BBQ in Europe. KCBS with about 20.000 members gives only two awards a year to people doing outstanding work for BBQ. 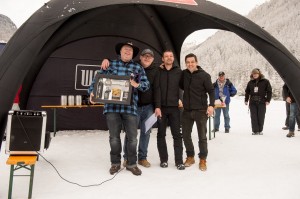